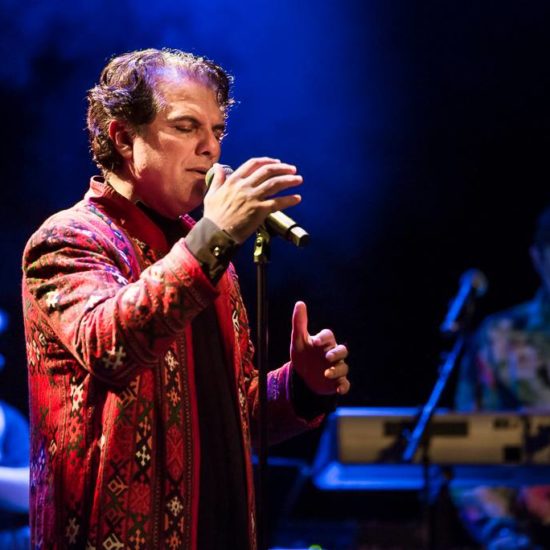 Rostam Mirlashari is educated at the Royal College of Music in Stockholm and is perhaps best known as “Prince of Balochi music” and vocalist in the multi-cultural group Golbang. From his hometown of Balochistan in south east Iran, he has taken a rich music tradition, which he developed in harmony with other traditions in his various bands. The unique voice and the inner expression are his signum.

Sofia Lilly Jönsson talks about music in the prestigious magazine SvD and writes as follows:

“Golbang’s world pop music found a home in the Swedish folk world (…). Interestingly, given the week’s column, the record has a clear purpose to put together music for comfort and joy. But contrary to some quiet music for those mourning, it’s impossible to sit still when listening to “Gallawêja”, and how beautiful Rostam Mirlashari is singing in “Sabzast”.

The music magazine Lira describes Rostam Mirlashari and his Golbang live concert: “Rostam Mirlashari still has one of the most beautiful voices I’ve heard, and it’s just as good in such moody low-key visors as in the more odd pieces.”

Lotta Johansson, producer of Musikens hus i Rättvik, states that: “Rostam must have one of Sweden’s best voices! It is clear, sensible, touching and telling about experiences that go beyond the words.”Inspired by this new knowledge, Rostam decided to create his first folk music band, the eight-piece ensemble Golbang (1994), which still tours across the globe with its unique mix of music from different parts of the world. 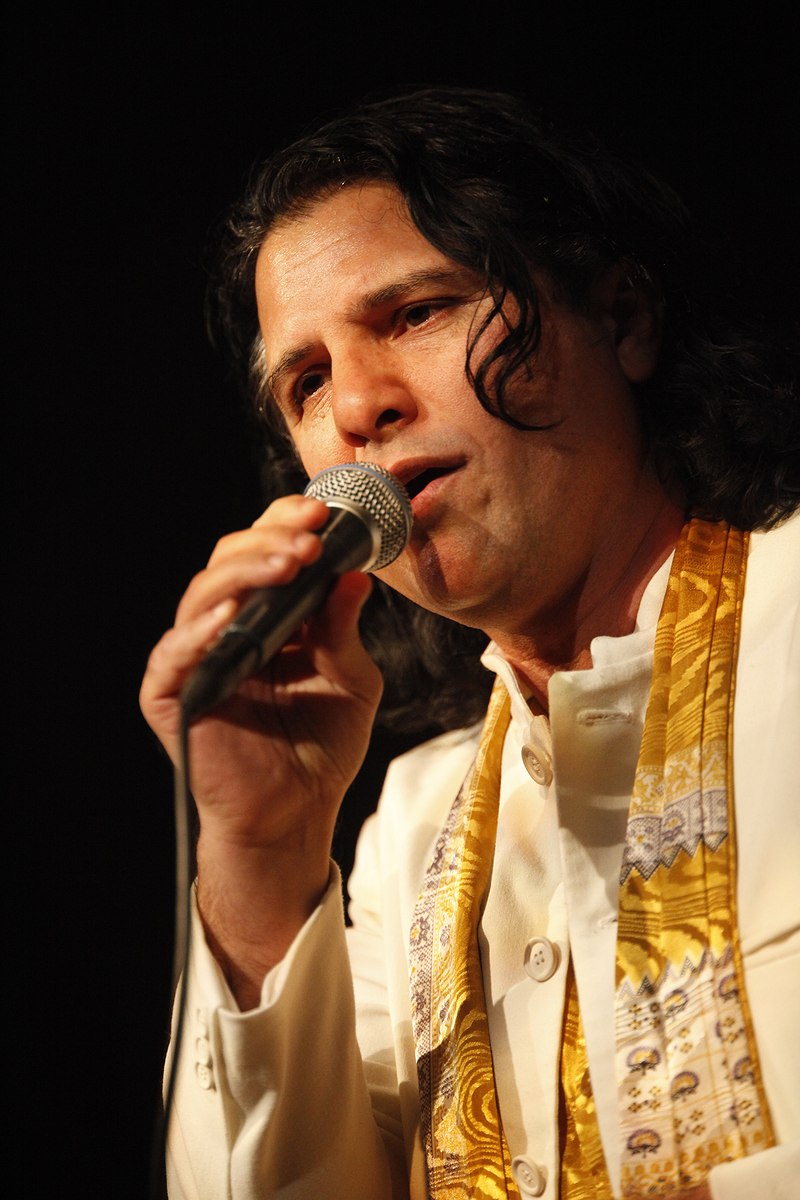 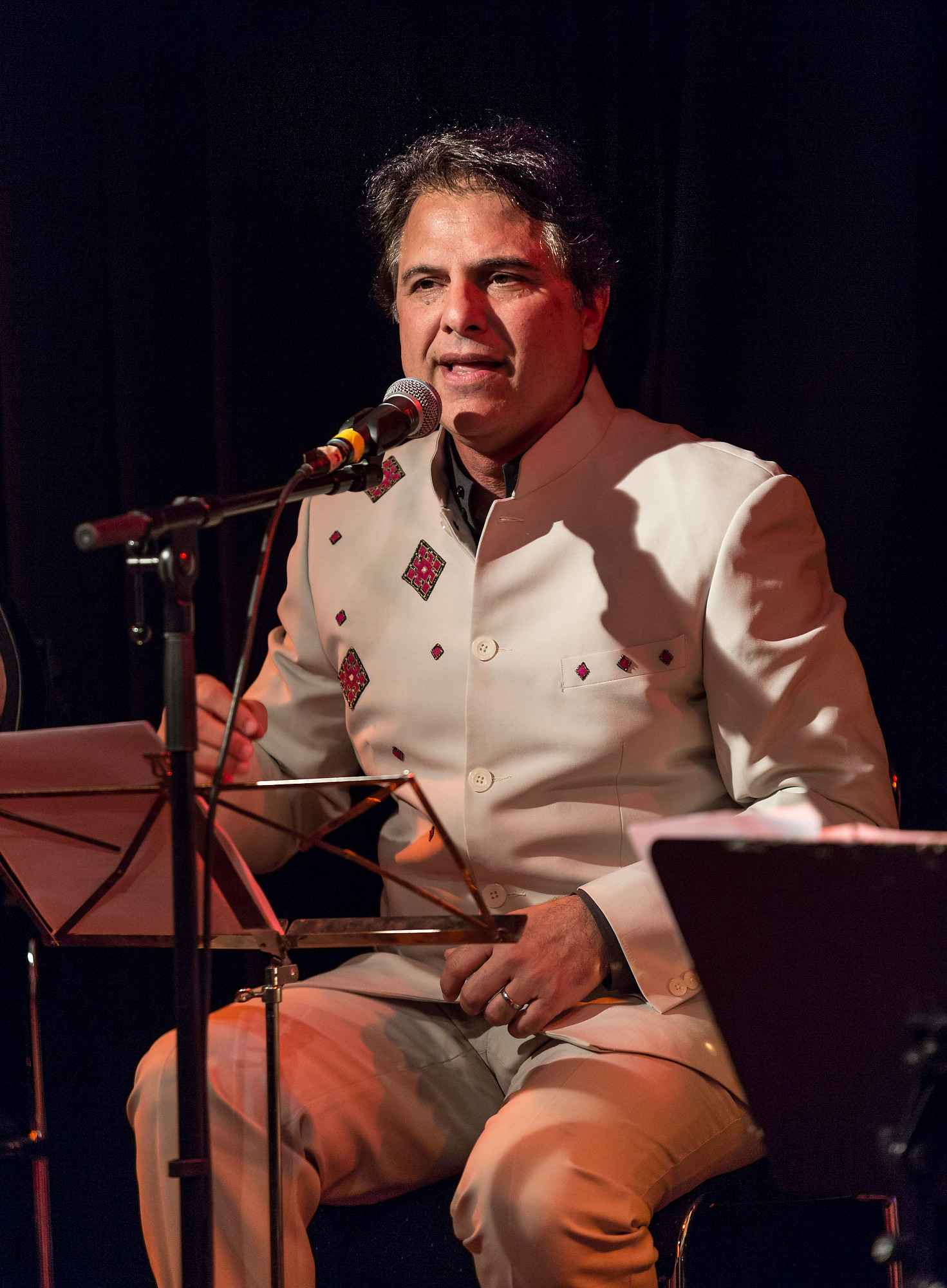 In addition to Golbang, Rostam has also been the initiator, composer and song arranger for: Shohaz (2001-2003), Padik (2002 ) and Sheida (2006-2007). All of Rostam’s bands share their mixture of music from different cultures, often including Persian, Balochi, Afghan, Kurdish, Swedish and sometimes even Norwegian musical influences. Rostam’s unique sound has achieved major success throughout the world and has led to appearances on everything from the Voice of America, the BBC,  NRK (Norwegian TV Chanal) and Pakistani TV shows, Coke Studio to Swedish TV and radio programmes.

Rostam Mirlashari has started a collaboration with the most famous artist from southern Iran, the unique musician, dancer and choreographer Saeid Shanbehzadeh and ensemble since autumn 2016. The name of project is Afro-Iranian. Autumn 2016 they brought the house down at the Apollo Theatre in New York and in San Francisco! Successful and creative collaboration. Their well-reviewed album, Pour Afrigha, was released in July 2017.

– In 2013, Rostam broke viewing records when he took part in the Pakistani TV show Coke Studio Pakistan.
– He introduced world music to the Swedish Melodifestivalen competition through his participation as the performer and songwriter of the song “In my dreams (Mani armani taha)“ in 2007.
– Rostam has been involved as a vocalist in several different projects, one of them being Kvintessens!, led by Anders Nyberg.

Rostam Mirlashari – the concert producer with a vision for the world

In addition to his career as an artiste, Rostam is also an in-demand concert producer. His first production was the touring festival “Culture in Exile” in 2000, undertaken as part of a collaboration involving Södra Teatern. The festival programme consisted of exiled artistes from Iran, and the human warmth and striving for integration and diversity represented by this event have been constant themes in all of Rostam’s later productions.

In 2001 he founded Kista World Music Festival in collaboration with the Royal College of Music in Stockholm and Kista District Council. Today, the festival continues to present colourful world and folk music artistes from all over the world, and the aim is to inspire and increase the feeling of belonging in the suburb of Kista.

In 2003, Rostam started the Nowruz mini-festival in Stockholm, to celebrate Iranian new year and the spring equinox, and between 2005 and 2009 he produced the Kankarsh youth festival in Kista and the City of Stockholm. His latest project is Pangean Rhythm, which Rostam initiated in 2007. Pangean Rhythm is a tour network for international artistes within world and folk music.

Rostam’s production company is called Farhang; you can find more information about its various projects on the company’s website. For recordings involving Rostam, see the music & video page.